I’m so excited about the upcoming school year because it’s going to be a memorable journey for you and your child. The Lower School is a unique place filled with love, laughs, inquiry and teachable moments. Most importantly, we ensure that students know they are valued members of our community.

The Lower School newsletter is an important resource and the communication lifeline between families and the School. We prioritize keeping you in the know of important events and offering a window into your child’s engagement in the classroom. Please mark your calendar to read it every Wednesday evening or select the weekend when you have more time.

If you have any questions or need clarification on anything, please do not hesitate to contact me any time. I look forward to partnering with you this year.

How often is Lower School Husky Pride Day? What’s the traffic pattern for dropping off Middle School students? What’s the earliest I can drive onto campus to pick up an Upper School student? The answers to these questions and many more can be found in the content on the Preparing for the 2022-2023 School Year tile on the Resource Board of Husky Hub.

To access the Resource Board, visit www.flinthill.org/app, and log in with your username and password. Once logged in, click Resources on the top navigation bar, and then click on the Preparing for the 2022-2023 School Year tile. The tile will remain accessible through the start of the new school year. We recommend bookmarking it!

Specific class assignments will be available the morning of Thursday, August 11. We have a very thorough and thoughtful process for class placements for our students. Many factors are considered, including the child’s academic, emotional and social needs, the student’s learning style and the different teachers’ teaching styles. Every effort is made to ensure that each student is in a learning environment in which they can flourish.

If you have any questions, please contact Assistant to the Director and the Assistant Director of the Lower School Donna Holaday at 703.584.2360.

Details regarding morning, afternoon and evening bus service can be found here. To sign your student up for bus service, please complete the Bus Service Registration Form.

Please refer to the Preparing for the School Year tile to purchase textbooks and resources through our Virtual Bookstore. If you have any questions, please contact Julie Young.

Please be sure to consult the Dress Guidelines on the resource board for information about uniforms. Please note that students may bring a hat/cap of any style or color to school, which may be worn outside for sun protection. Every Friday is Husky Pride Day. If you have any questions, please contact Assistant to the Director and the Assistant Director of the Lower School Donna Holaday at 703.584.2360.

Please review the new Health Information tile on the Resource Board. This is where you’ll find information about protocols for general illness, flu, seasonal allergies and COVID, as well as contact information for all three health clinics.

For students who will need to keep medication on campus during the school year, we will have a medication drop-off day on Thursday, August 25, 10:00 a.m. - 2:00 p.m. at the Upper School circle.

Families will pull into the circle, and a nurse will come to your car to collect the medication and the appropriate forms. As a reminder, all prescription medication must be accompanied by the physician's order on the Medication Authorization Form, which must be completed and signed by the prescribing physician.

If you are unable to come to the School on the medication drop-off day, please call to schedule an appointment with your division’s nurse prior to the start of school.

To drop off medication refills throughout the school year, please call and schedule an appointment with your division’s nurse.

Completed health forms must be uploaded to the Magnus Health system and approved by the first day of classes, or your child may not attend school. If you have any questions regarding the health forms, please contact Director of Health Services Mary Hart at 571.926.2818.

Calling all Husky families! Join us for a Lower School Scavenger Hunt on Sunday, August 28. Meet new and returning families as the students play on campus. RSVP by Sunday, August 21.

Using the Responsive Classroom and Developmental Design approaches, homeroom teachers and advisors build their classroom communities with intention and care, so that each child feels safe, respected and that they belong. To gain a better understanding of each child and facilitate a strong partnership with parents for the school year ahead, homeroom teachers and advisors will host a 20-minute in-person Hopes and Dreams Conference for parents on Monday, August 29, and Tuesday, August 30. These conferences give parents the opportunity to share their hopes, dreams and goals for their child for the new year. Parents are also encouraged to share any other information that would be helpful for the teacher to know about their child.

Congratulations to the following returning faculty and staff who have taken on new roles this year.

Ana Yarbrough — Executive Administrative Assistant to the Head of School

We are delighted to welcome new Lower School faculty/staff and members of the Senior Leadership Team to the Flint Hill family.

Patrick McHonett — Head of School — Patrick joins us from St. John’s Episcopal School in Orange County, California. He previously served as associate head of school at Phoenix Country Day School in Phoenix, Arizona, and has an expansive independent school background that includes admission, marketing and communications, and college counseling. We welcome Patrick along with his wife, Jessica, and their children, Charlotte (fourth grade) and Jack (Kindergarten), as well as their dog, Archie, to the Flint Hill community.

Carmen Scott — Director of Marketing and Communications — Carmen comes to us with 15 years of experience working in independent schools, including at the Ethical Culture Fieldston School in New York City, The Berkeley School in Berkeley, California, and The Field School in Washington, D.C. She earned her B. A. in journalism and mass communication from The University of North Carolina at Chapel Hill.

Kaleena Buckwalter — School Store Manager — Kaleena subbed at Flint Hill for a year and a half and was also a dental assistant for eight and a half years. She has an A.S. in science from Northern Virginia Community College. One fun fact about Kaleena is that she is dog and water obsessed!

Stefan Borowski — Lower School P.E. Teacher — Stefan has recently relocated from Connecticut, where he worked at New Canaan Country School since 2011 as an assistant athletic director, P.E. teacher and coach. He has a B.A. in educational studies from Denison University.

Phoebe Chess ’18 — Kindergarten Assistant Teacher — Phoebe has worked as a yoga and gymnastics instructor. She just completed her degree at Virginia Tech in 2022 with a B.S. in human development. One fun fact about Phoebe is that she is a graduate of Flint Hill School, Class of 2018, and won the Husky Pride Award in her senior year.

Jen Fiske — Fifth Grade Teacher — Jen worked at Georgetown Day School for over 10 years as a fifth grade science and humanities teacher, 1 year at the Lab School of Washington as a science teacher for ages 7-12, and 6 years for Fairfax County Schools, most recently as a math support specialist. She has a B.A. in psychology and French from Hamilton College and M.Ed. in elementary education from Vanderbilt University. Jen loves being a mom of two wonderful pre-teen/teenage daughters.

Deanna Knox — Sixth Grade Teacher — Deanna has four years of experience in education including with KIPP DC KEY Academy as a social studies teacher and cheer coach. She has a B.A. in history from the University of Virginia and a M.A.T. in secondary education with a concentration in ELA from Relay Graduate School of Education. Some fun facts about Deanna are that she spent a month in Havana, Cuba; her fiancé is an actual African prince; and she was a gymnast for 16 years.

Molly Lyons — Fourth Grade Teacher — Molly has been an elementary school teacher for 11 years, teaching in both public and private schools. She has a B.A. in art history from American University and an M.Ed. in elementary education from George Washington University. Though Molly has completed 13 half marathons, she still isn't convinced she enjoys running.

Susan Yennerell — Fifth and Sixth Grade Art Teacher — Susan has 13 years of experience in art education in Texas and Virginia and a B.A. in art from Long Beach State. Our lower school community may recognize her as one of our regular substitutes last year!

In the Lower School, our teachers provide a learning environment where students are actively involved and encouraged to inquire, and the activities are interactive, hands-on and student-centered. Teachers also provide authentic learning opportunities that are relevant to the child’s life experiences. Choice is a great motivator for our students, and very frequently, the inquiry that ensues is based on the student's interests and passions as a class. Teachers are also intentional about providing field trip opportunities that enhance the learning experience. We strive to offer windows into the creative ways that the Lower School makes the learning visible by sharing lessons and activities here in the newsletter.

Welcome to the Flint Hill 2022-2023 school year! Whether this is your first year as a Husky parent, or your 13th or 14th year as the parent of a “lifer,” we are glad you are a part of our community. I am looking forward to a fantastic year ahead, especially partnering with our new Head of School, Patrick McHonett, and connecting with parents on campus and in our community. I’ll be sharing ways we can connect as a community throughout the year. I am eager to connect with parents this year while pulling the sled through the school year, having fun along the way, and crossing the finish line together.

Take meaningful risks. Be yourself. Make a difference.

The Parents’ Association is proud to sponsor the Fall Lower School Uniform Exchange on Tuesday, August 16 and Wednesday, August 17. There is no cost for this event, and you do not have to donate in order to participate. Item availability is based on donations and will be first-come, first-served.

Parent Volunteers Needed
These are great opportunities to connect with other parents while making a difference.
Sign up to volunteer. 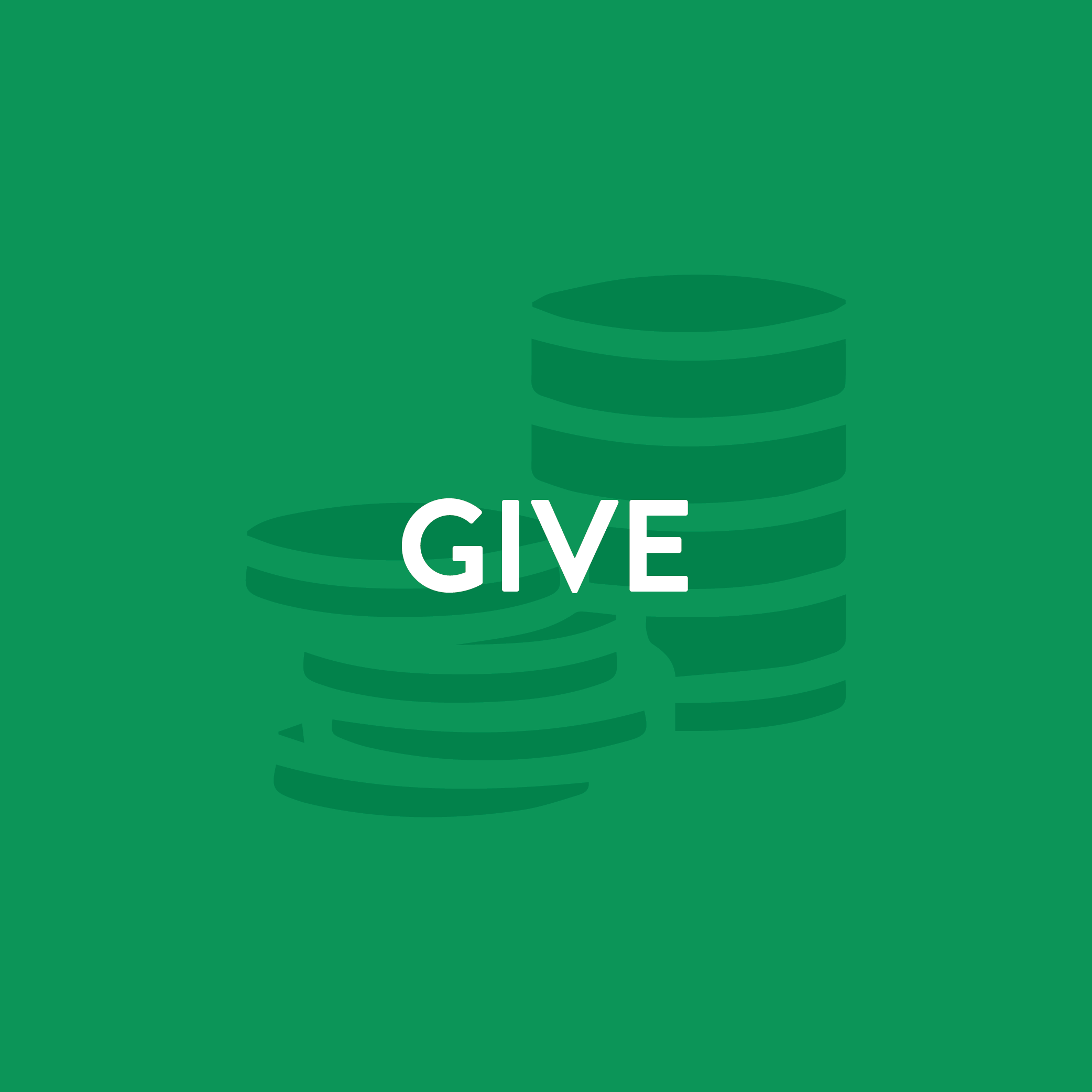